Kellyanne Conway: This is crazy on so many different levels 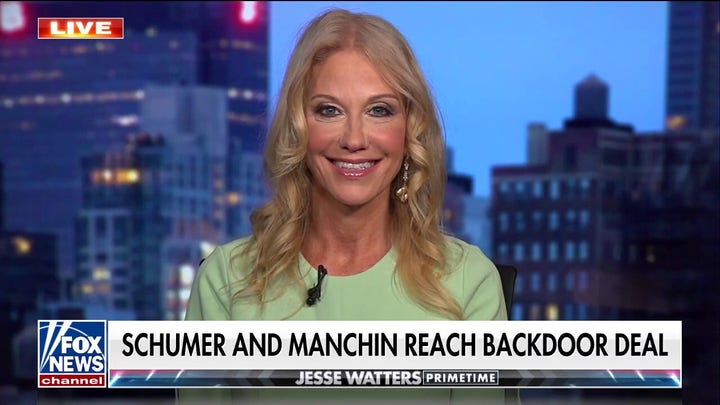 Kellyanne Conway called out Sen. Joe Manchin, D-W.Va., for counteracting everything he stood against in Build Back Better by voting for this new spending bill and how Sen. Kyrsten Sinema, D-Ariz., has the opportunity to save the bill from passing on “Jesse Watters Primetime.”

KELLYANNE CONWAY: This is crazy on so many different levels. Joe Manchin was a hero to people, particularly on the Right and the center, for standing in the breach of this crazy $3.5 trillion Build Back Better nonsense, and now he’s revived some of the more odious and onerous pieces of it just to get — drum roll, please — a pipeline. This has been held up by environmental groups and the United States Fourth Circuit Court of Appeals also has upheld their concerns.

GRAHAM RESPONDS TO PELOSI’S PIVOT ON CHINA WITH TAIWAN TRIP: ‘I WAS HARD ON CHINA BEFORE IT WAS COOL’

Do you know if they build this pipeline — I read today goes for the Marcellus Shale in West Virginia, but it goes across about a thousand streams and rivers. And it is so interesting because, as you know, if the federal government sees a puddle on your property, they can sort of swoop in and say, “No, you cannot do anything.”

This article was written by Fox News staff.