After a few days in Mar-a-Lago, Chinese president enjoys layover in Alaska

Chinese President Xi on Friday took in the natural beauty of Alaska Friday after meeting with President Trump at his resort in Palm Beach, Fla.

The two leaders said they made progress, but there were no breakthroughs regarding North Korea or trade. Trump announced that he launched an airstrike into Syria moments after dinning with his Chinese counterpart.

The visitors and their hosts drove off in a line of SUVs, limos and other vehicles in 40-degree weather under blue skies. The sightseeing tour will include a stop at Beluga Point, a pullout on the scenic Seward Highway about 15 miles south of Anchorage. 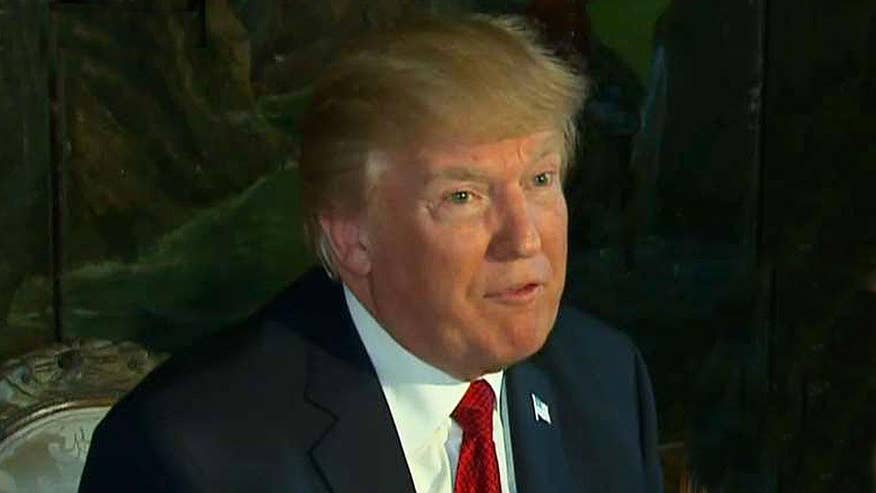 The pullout offers a stunning view of the snow-capped Chugach Mountains and Turnagain Arm in Alaska’s Cook Inlet. The waters are home to the endangered Beluga whale.

Walker said he was eager to tell Xi about the abundance of Alaska’s resource development opportunities.

“We have tremendous potential in our oil and gas, tourism, fish, air cargo and mineral resource industries,” Walker said in a statement issued before the meeting.

For Walker, even just a few hours of time with the president of the world’s largest country can pay dividends.

China is the state’s top export market, buying nearly $1.2 billion worth of goods in 2016, according to the U.S. Census Bureau. The next top international market was Japan, at nearly $820 million, followed by South Korea, at $730 million.

Chris Hladick, the commissioner of the state’s Commerce department, called the visit by the Chinese delegation a “once-in-a lifetime opportunity.”

“We’re not even shown on the map for the United States,” he said, a nod to Alaska and Hawaii often being left off of maps of the U.S. “I think this is an extremely valuable opportunity to meet with our largest trade partner face to face.”

The state’s top export product to China? Fish, accounting for 58 percent. Frozen cod and flat fish, such as halibut, topped a lengthy list of fisheries products, which also included frozen salmon and pollock.

A distant second on the export list are minerals and ores, accounting for 27 percent. Included in that last year was about $130 million of precious metals, which Hladick said was likely gold from the Fairbanks area.

Hladick sees China as a potential market for Alaska coal and hoped to raise the issue with Chinese officials during their visit. “It’s meetings like this that spark interest and then you follow up,” Hladick said.

Having your largest trade partner drop in for a meeting is fortuitous when the state is in tough financial straits because of a prolonged period of low oil prices. Hladick said he’d be happy to get a 45-minute meeting with the Chinese trade minister.

Walker has been courting Asian markets — particularly Japan and South Korea — in trying to drum up interest in a liquefied natural gas project the state is pursuing. State officials wouldn’t say if Walker would bring up the natural gas pipeline, which is in its early stages, during his visit with Xi, but it seemed unlikely that he wouldn’t take time to tout the multi-billion dollar project that would take natural gas from Alaska’s North Slope to a plant on the state’s coast, where it would be liquefied and shipped.

Xi is the second major world leader to spend time in Alaska’s largest city in the last few years. U.S. President Barack Obama used a three-day trip to Anchorage in 2015 to showcase the impact of climate change. King Harald V of Norway also made an official visit to Anchorage a few months before Obama.

Alaska’s location provides a natural stopping point for world leaders to make refueling stops, and Joint Base Elmendorf-Richardson in Anchorage has hosted many presidents over the years for these short stints.

President Ronald Reagan and Pope John Paul II met in 1984 during refueling stops at the airport in Fairbanks. Their paths were crossing as one finished and one began trips to Asia.

The Associated Press contributed to this report